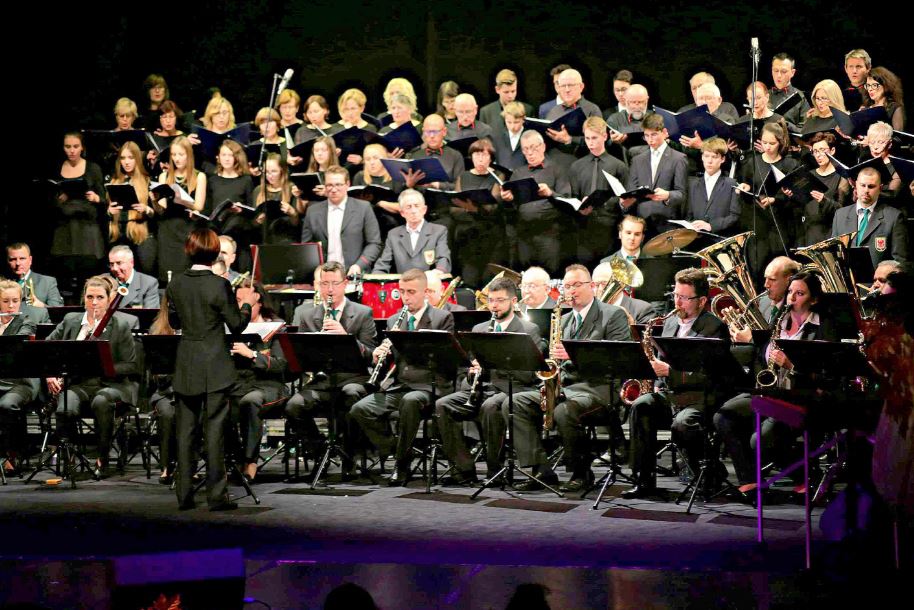 Established in November 1958 by the then management of the synthetic fabric factory “Stilon”, the band has been carrying out its activity at the City Cultural Center since 1992. From 2016, the Band has been directed by Mrs. Anna Wiśniewska and it has been sponsored by the Municipal Administration of Gorzów Wielkopolski.
It is made up of teachers, graduates and students of the city’s music schools, as well as students and musicians from military bands. For years the band has been performing in the city, in the region and abroad. The band took part in important festivals, for example the II National Festival of “Gold Tuba” bands of Złotów in 2017, where they gained the first place; in the Tournament of the Bands of Grodzisk Wielkopolski they have received for four times the „Golden Horn“.
In the fourth edition of the International Meeting of Bands “Alte Kameraden” in 2010 they reached overall the first place by winning the “Grand Prix”. In 2018, during the Wind Band and Parade Competition “Alte Kameraden”, by ranking second place they qualified for the WAMBS World Championships in Calgary 2019 / Bangkok 2020. In her repertoire, the band has not only typical marches but also transcriptions of classical music, music from movies, folk songs, pop music and jazz. The band successfully performed in concert halls, places of worship, outdoors and in parades. Their annual Carnival concerts are a great success. The Band collaborates with the soloists of the city choir “Cantabile” and with the dance troupe “Buziaki” which since 2015 supports with a group of majorettes, has performed accompanying famous artists such as Krystyna Prońko.
In 2016 they participated in an important musical project in which the scene was carried by the Polish reggae music group “Majestic”.
The Band received the “Gold Badge” and the recognition to the “Motyl” culture of the City of Gorzów Wielkopolski for the exceptional results achieved in its activity. In 2018, the band was awarded the ” Polish Voivodeship’s Meritous” badge of honor by the Ministry of Culture, and they also received the “Gold Duchy” award from the President of Lubusz Voivodeship of Lubusz “