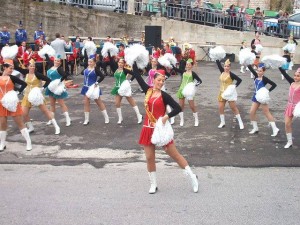 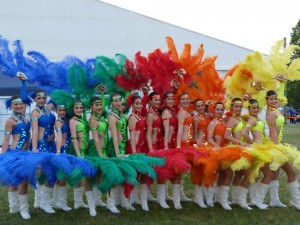 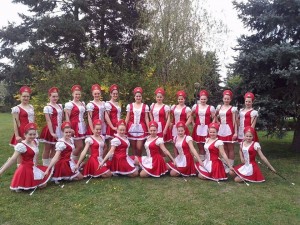 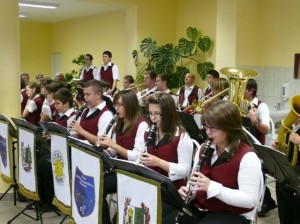 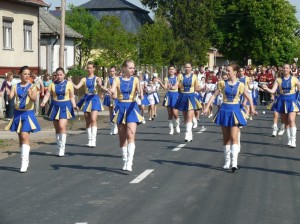 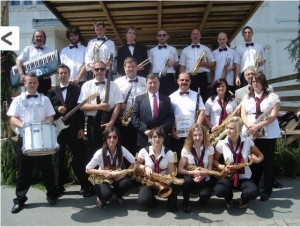 The members of the Debrecen Big Band have been playing the big band formation of jazz for nearly ten years. Our goal is to make the big band music known as widely as possible among different age groups. In the meantime, we continuously initiate young musicians.

Our band have participated in several national and international festivals and carnivals. We have been to many different countries including France, Turkey, Italy, the Ukraine and Romania. In La Bassée, France we finished first place. In the town of Samsun, Turkey, where we have been twice, we finished second. The band have presented numerous national and international shows given variety by dancers.

We are regular participants of the Debrecen Flower Festival where we have reached the first place three times. W have participated in the significant jazz festivals of Hungary, including the Budapest Big Band Meeting and Festival, the Bánk Louis Armstrong Jazz Festival, the Hajdúszoboszló Dixieland Festival and the Debrecen Jazz Days on our home ground.

This year the Debrecen Big Band organized the Celebration of Hungarian Jazz where we played together with Petra Pákai, Sándor Zsemlye, Tommy Víg /vibraphone/ and István Gyárfás /guitar/. Thed Band’s repertoire covers a wide range of big band from swing through boogie and pop renditions to Latin rhythms.

Our incessant professional development is verified by the fact that we were given the Gold Award in category “A” at the Budapest International Big Band Meeting in 2012 and 2013.

During our concerts we aspire to give the greatest pleasure possible to the audience within and beyond our borders.

At the XV Edizione del Festival Internazionale delle Bande Musicali di Giulianova we are going to appear on stage together with the ‘Music Band’ and the Feeling Dance Studio, with whom we have had long relations, in the “Music Band with Majorette” category.